Alliance Archaeology specialises in historical archaeology. Our directors have been working in archaeology and heritage management for an average of over 20 years and are experienced in undertaking large and small archaeological projects from start to finish, in consultation and co-operation with all relevant stakeholders.

We are a group of industry professionals who bring their collaborative expertise and extensive professional network to your heritage management project. We can offer clients a comprehensive, expert approach to heritage management that fulfils legislative requirements, produces archaeological and historical information of high quality, and completes projects to clients’ deadlines.

Recent major Alliance Archaeology projects include an investigation of the land use history and archaeology of the Yarra Bend Asylum (for Parks Victoria), Gabo Island (for Parks Victoria), the Former John Kelly House (for Heritage Victoria) and a historical archaeological research project for the Heritage Council, Victoria into nineteenth century land modifications to the Melbourne CBD and inner-city suburbs and the impact of these modifications on the archaeological record.

Our members belong to such organisations as the Australian Association of Consulting Archaeologists Inc., the Australasian Society for Historical Archaeology and the Professional Historians’ Association (WA).

Catherine has more than 20 years’ experience working as a professional archaeologist, predominantly in Victoria but also in Sydney and at the Port Arthur Historic site in Tasmania. While most of her career has been spent in private industry, Catherine has also taken up positions at Aboriginal Victoria (2016) and Heritage Victoria (2018-2019). Catherine specialises in historic investigations, but also has extensive experience managing indigenous projects in Victoria.

Catherine regularly collaborates with various industry professionals and was a member (2009-2017) of two Heritage Council (Victoria) Advisory Committees for Historic Archaeology and Maritime Archaeology. She is also a member of the Australasian Society for Historical Archaeology (ASHA).

Sharon has qualifications in Classical and Australian archaeology. Her PhD involved an investigation and extensive excavations of Aboriginal stone-based huts on the Budj Bim landscape of southwestern Victoria. She is experienced in project management, archaeological fieldwork, GIS and archaeological mapping, historical research, artefact analysis and report production.

In recent years Sharon has undertaken land-use and historical research and assessments of historical archaeological potential for numerous sites in the Melbourne CBD and other parts of Victoria. Additionally, Sharon has directed historical archaeological excavations at sites in and near the Melbourne CBD including the Albion Timber Mills Site (58 A’Beckett St), Colgin Place (56 A’Beckett St), the Gippsland Hotel (13 Swanston Street), 115B Victoria Pde, Fitzroy and co-directed (with Alyssa Gilchrist) the excavation of the Soho Foundry site at 229-241 Franklin Street in the CBD.  Sharon is a full member of the Australian Association of Consulting Archaeologists Inc (AACAI) and the Australasian Society for Historical Archaeology (ASHA).

An experienced archaeologist and historian, Alyssa Gilchrist has been working in archaeological consulting and cultural heritage management in Australia for over 14 years. Since 2008, Alyssa has been part of a business partnership with Sharon Lane, operating the consultancy Qu.A.C. Archaeology and Heritage.

Over the course of her career, Alyssa has undertaken a wide variety of archaeological and historical work for a variety of clients including State and Local Government, Industry (Mining and Construction), Professional (Architects and other Heritage Consultancies) and Non- profit organisations (such as Historical Societies). Alyssa’s work in this role has ranged from carrying out detailed historical research and reporting, to archaeological survey, to directing Aboriginal and post-contact historical archaeological salvage excavations.

In recent years, Alyssa has undertaken a number of collections management projects which involved assessing and making plans for the management of historical document and artefact collections held by non-profit organisations. Alyssa has formal qualifications in Australian archaeology and history, and is experienced in project and business management, archaeological fieldwork, historical research, artefact analysis and report production. Alyssa is a member of the Professional Historians Association of WA.

Jennifer has been working in the heritage industry for over 20 years, specialising in the management and analysis of historical and indigenous artefacts. With qualifications in writing and editing and extensive experience as a heritage consultant, Jennifer has worked on some of Australia’s largest and most iconic historical sites, including a number of penitentiary institutions such as the Old Melbourne Gaol, Cascades Female Factory and Port Arthur Historic Site.

One of Jennifer’s more interesting projects was the analysis of artefacts from the well-known Reverend Robert Knopwood’s house in Hobart, one of the earliest sites in Southeastern Australia. Her analysis, which was supported by access to Knopwood’s diary inspired Jennifer’s short story, The Reverend, which was awarded the Tasmanian Writer’s Prize in 2017.

Over the years Jennifer has been engaged to manage some of the largest artefact assemblages yielded from Australian archaeological sites, and has often presented her findings at Australasian Historical Archaeology Conferences. She is currently managing a team of archaeologists working on the artefacts for the inner city precinct of the Melbourne Metro Project. 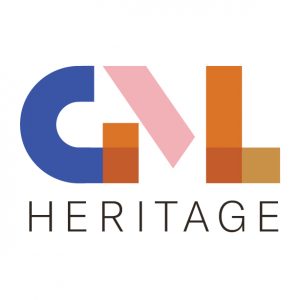 GML is one of Australia’s most respected heritage consultancies. We provide balanced solutions for heritage places and communities that respond to our clients’ needs and the complexities, opportunities and challenges of our time. GML’s portfolio includes strategic heritage advice, place-based and social histories, integrated heritage values assessment, heritage studies across Victoria, conservation management plans for… 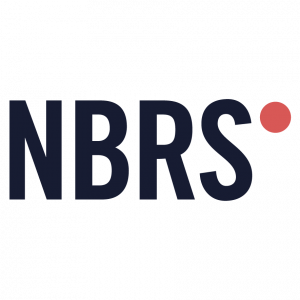 NBRS Heritage has been involved in heritage architecture and conservation for more than 30 years. Our highly trained group of accredited specialist professionals with related architectural qualifications can provide the full range of heritage consulting services. Under the direction of Samantha Polkinghorne, NBRS adopts the principles of the Australian ICOMOS Burra Charter for places of…

Our studio’s approach to the delivery of a project is holistic and collaborative, working closely with clients to understand their brief, enabling us to facilitate design, conservation and heritage services that address the specific needs of our clients and the heritage fabric.   We engage in applied conservation of heritage buildings providing our clients with highly…